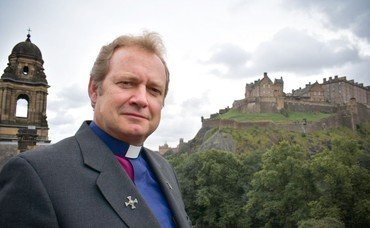 In my early days, I lived in Fife. After school at Fettes College, I was commissioned into The Black Watch as an Infantry Officer. Whilst in the army, I studied Theology and Divinity at King’s College, London and then at St Andrew’s University. I served as a Platoon Commander in Berlin and Northern Ireland and then as an Operations Officer in Hong Kong where I was ordained an elder in the Regimental Kirk Session.

After leaving the army, I was appointed Chaplain to Loretto (1994-1997). During this time, I studied at New College for a Master of Theology in Ministry. I then became Head of Religious Studies and Chaplain to The Perse School in Cambridge (1997-2000), and whilst there I was elected to the Fellowship of Trinity Hall. I spent the next eight years as Chaplain at Gordonstoun School. In 2008, I was appointed Headmaster of Ardvreck School, Crieff.

During my period of training for the ordained ministry of the Church of Scotland, I undertook placements at Stockbridge Church and Inverleith St Serf’s before undertaking my probationary period at the Canongate Church. In the summer of 2016, I represented the Church of Scotland in South Africa at their probationers’ conference and have recently returned from a study tour to the Holy Land. I have recently completed a Counselling Degree at Edinburgh University. I also work on a part time basis as Chaplain at Loretto.

I am a keen skier and often look after the Church in Wengen and Zermatt in Switzerland when on holiday. I am father to five wonderful daughters. 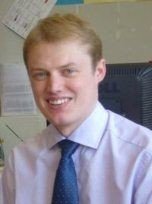 I am Director of Music here at St Cuthbert’s with responsibility for all aspects of the musical life of the church. I have been involved in the music here since November 2005 having begun my musical training in the Highland village of Kingussie, where I was appointed as Parish Organist and Choirmaster in 2000.

Following secondary education, I read music at the University of Edinburgh, where my interest in choral and liturgical music grew; the history of music in Christian worship formed part of my honours degree. I graduated with the degree of Bachelor of Music with Honours in 2007, and went on to complete teacher training (PGDE) at the Moray House School of Education.

Having taught in various schools in Edinburgh, Glasgow and Fife, I am now member of the Music Department at George Heriot’s School here in Edinburgh. At Heriot’s I teach music pupils of all ages from 3 to 18, and I have the opportunity to combine teaching with choir direction and playing the organ for school assemblies, services and concerts. I have accompanied the school’s Chamber Choir in concerts here in Edinburgh in St Giles’ Cathedral and the Usher Hall, and on their tours of the Northern English Cathedrals, the Scottish Highlands and Paris (including L’église de la Madeleine). A tour to Prague with performances in St Vitus’ Cathedral is planned for October 2016.

It is wonderful to be involved in the superb liturgy here in St Cuthbert’s, and to be curator of the magnificent St Cuthbert’s organ, one of the finest in Scotland.

Martin Pearce is a Church of Scotland Reader and has been for 20 years, which includes 3 years training. A Reader is a minister of the Word of God who provides pulpit supply, leads bible studies, and undertakes pastoral support including fu

nerals. In addition, readers sometimes serve as a locum during vacancies or are attached to a ministry team at a specific congregation.

He retired in October 2015 from BAE Systems/Marconi/Ferranti after 26 years employment as a marketing manager and before that he had a 20-year career in the Royal Air Force serving as a navigator and flight trials specialist.

Martin is married to Debbie, and they have lived in Edinburgh for 30 years. Debbie is a retired teacher and is a gifted quilter and craft designer.
They have 3 grown-up children living in Sydney, Derbyshire and Edinburgh, and 5 grandchildren – 2 grandsons in Sydney, 2 grandaughters in Derbyshire, and one grandson in Edinburgh - ages ranging from 3 years to 10 years old.