Jesus as Human and Divine 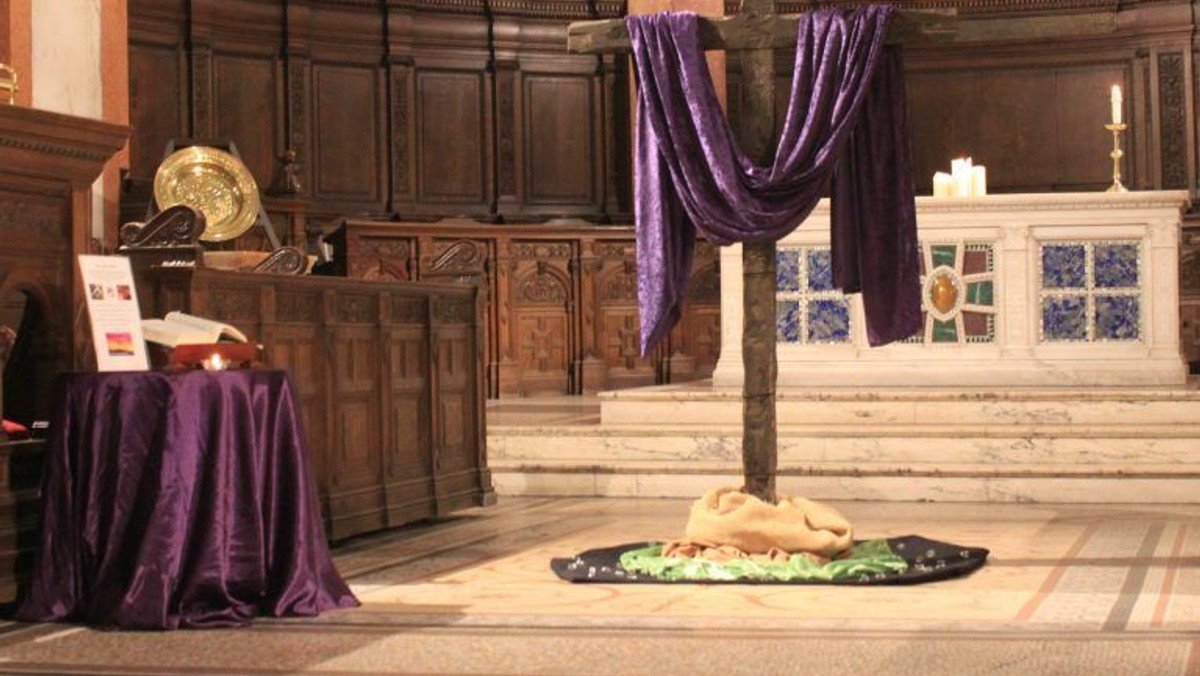 The Bible teaches us that Jesus is both human and divine; not half man and half God but fully man and fully God. When Jesus became man he did not become any less God. When he died on the cross, and rose from the dead, he was no less human. He is not human sometimes and divine at other times so putting on his human hat one day while doing carpentry and his divine hat another day when performing miracles but rather he is one person both human and divine at all times. So he is divine when sawing a piece of wood and human when stilling the storm, healing the sick and raising the dead – he is always both fully human and fully divine.

This is one of the great mysteries of faith, one which we will never fully understand yet one that we are called to believe for if Jesus is not God with us, if the life and forgiveness that he offers are not of God’s own life and forgiveness, if his self-giving, sacrificial love poured out for our sake is not God’s own love, then he cannot be Saviour and Lord. Our Christian faith cannot compromise either on the full humanity or on the full deity of Jesus Christ. He is true God and true man or as it says in the Athanasian Creed, ‘He is perfect God; and He is perfect man, with a rational soul and human flesh. He is equal to the Father in His divinity but he is inferior to the Father in His humanity. Although He is God and man, He is not two but one Christ.

Christ took on all so as to fully save us in body, mind, heart and will. If he hadn’t become man in experiencing emotions then he couldn’t have rescued our hearts and if he hadn’t become man in will then he couldn’t save our broken wandering wills. As Saint Gregory of Nazianzus said, ‘that which he has not assumed he has not healed.’ Christ became man in full so he might save us in full.

It says in John 1, ‘In the beginning was the Word, and the Word was with God and the Word was God. The Word became flesh and made his dwelling among us.’ In his great love for us God humbled himself and came among us as Christ, born as a baby, growing up as a child to a man.

In his book, ‘His name is Jesus’ Max Lucado speaks of God’s great love for us shown in and through Christ as he says, ‘Because He is Love; He went from commanding angels to sleeping in the straw. From holding stars to clutching Mary’s finger. When He saw the size of the womb, He could have stopped. When He saw how tiny His hand would be, how soft His voice would be, how hungry His tummy would be, He could have stopped. At the first whiff of the stinky stable, at the first gust of cold air. The first time He scraped His knee or blew His nose or tasted burnt bagels, He could have turned and walked out. When He saw the dirt floor of His Nazareth house. When Joseph gave Him a chore to do. When His fellow students were dozing off during the reading of the Torah, His Torah. At any point Jesus could have said, ‘That’s it! That’s enough! I’m going home.’ But He didn’t. He didn’t, because He is love.’ A love so amazing, so divine, a love that demands our soul, our life and our all.

Jesus is man as we are meant to be and God as he truly is. He didn’t take advantage of His divine nature to live holy, He lived holy through his humanity. He showed us a level of holiness that is only humanly possible if we submit and surrender our all to Him.

Jesus is completely human and completely divine and sometimes we may find it uncomfortable to think of Jesus experiencing some human thoughts and emotions, it almost seems irreverent and easier if we keep humanity out of the incarnation.

We want to clean the manure from around the manger, wipe the sweat out of His eyes, pretend he never snored or blew his nose or hit His thumb with a hammer but we need to let Him be as human as He intended to be; let Him into the mire and muck of our world for it is only when we let Him in that He can then pull us out of our mess and walk with us and be our Lord and Saviour.

Jesus revealed His humanity many times during his 33 years on earth. He was human when weariness overtook Him and He fell asleep in the boat as the disciples feared the coming storm. He was human when He attended a wedding and shared in the joy of the happy couple and human as he wept when his friend Lazarus died. He was human when Roman soldiers captured Him and hung Him on a cross.

Jesus demonstrated his full divinity when He spoke a word to calm the wind and the waves. He proved His divine nature when He turned water into wine at the wedding. He proved He was God when he refused to call angels to his assistance as He was dying on the cross. His followers knew they were looking at more than a man when they looked upon His resurrected body.

During this time of Lent we reflect on the mystery of Jesus as human and divine. We marvel at the wonder of such love that Christ suffered and died for us then rose again so we may have life it all its fullness.

Often we too can be led into the wilderness, into that desert place filled with dryness, despair and discouragement; a barren lonely place where raw emotions emerge and in those times it can be tempting to give in to our weakness and to act on our temptations but God also calls us to experience his grace and strength so we can continue his mission. In our wilderness times we can either choose to give in to temptation or we can let go and let God strengthen us and so allow God’s voice to speak louder than others so we can hear and follow His will, assured of His constant presence with us to protect us and provide for our every need as He restores and refreshes us by His living Word and His living water.

Just as Jesus withstood the temptations in the wilderness so he also stayed true to God in the garden of tears in Gethsemane where he reached that point of no return as he faced mental and spiritual agony, utterly alone as the disciples slept; he wrestled with emotions; was crushed and

overwhelmed with darkness and despair as he cried out to God in prayer saying ‘Father, all things are possible with you. Take this cup of suffering away from me.’ What human yearning is in that prayer! But obedience, trust and love flow back as he says ‘yet not what I want, but what you want.’

No suffering of ours can equal his, but when we too reach our point of no return, his understanding, sympathy and empathy are guaranteed. He has been there. He knows. In every human need, the divine compassion is present to share our sadness and our gladness. Because of his Gethsemane, he surely shares our little Gethsemanes. In every sorrow and joy he remains Emmanuel – God with us.

Let me read you the words of a well-known hymn which speaks wonderfully of the mystery of Jesus as both human and divine. The hymn says, ‘Meekness and Majesty, manhood and deity, in perfect harmony, the man who is God. Lord of eternity dwells in humanity, kneels in humility and washes our feet. Father’s pure radiance, perfect in innocence, yet learns obedience to death on a cross; suffering to give us life, conquering through sacrifice; and, as they crucify, prays, ‘Father, forgive.’ Wisdom unsearchable, God the invisible, Love indestructible in frailty appears. Lord of infinity, stooping so tenderly, lifts our humanity to the heights of His throne. O what a mystery, meekness and majesty; bow down and worship, for this is your God.’

So as our reading from Hebrews 4 says, ‘let us approach God’s throne of grace with confidence, so that we may receive mercy and find grace to help us in our time of need.’

Our God is forever faithful and through Christ and his divine compassion, he understands and knows us better than we know ourselves. So as we continue on our faith journey, let us strive to always have a Christ-like attitude of humility, love and compassion; let us stay true to God and live by His Word and serve only Him now and forever more. Amen.